Creative Agency of the Year! 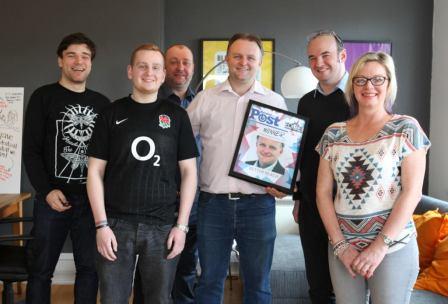 We are thrilled to have been named winner of Creative Agency of the Year in the Edge Awards 2016.

Organised by the Bristol Post in association with South West Business and the University of the West of England, the Awards recognise 'Excellence in Design, Gadgetry and Entrepreneurialism'. Around 200 people attended last night's Awards ceremony at the Paintworks in Bristol's creative quarter, representing 30 finalist businesses in categories which also included Innovator of the Year, Emerging Technology and App of the Year.

With the West boasting a wealth of innovative businesses, we knew we were up against some pretty impressive competition.

Our entry highlighted the growth of Better Reach, new developments in our own web building software and online virtual tour directory Popinto.co.uk, as well as some of the exciting creative projects we've worked on with customers ranging from small independent traders to national names like Royal Caribbean International.

Said managing director Stuart Edmonstone, "We are thrilled to have been named Creative Agency of the Year in the Edge Awards. It's fantastic to have the work of our team recognised in such an exciting way."

Read more about our win in South West Business.